RE 125: Focus on the Action and Not the Results

Paul discusses the webinar, which took place in Café Re, and focused on why taking action is so hard.  It’s much better to focus on the action and not the results.  We are definitely in a results oriented society.  Focus on the journey and not the destination.  Success can follow a flawed effort, and failure can follow a flawless effort.

Dawn with a sobriety date of November 27th 2016, shares her story.

[8:09] Paul Introduces Dawn.  I’m single, 42, and I’m from Poole in the U.K.   In the daytime I work in accounts, in the evening I’m generally working on my blog. I love going out to dinner with friends, and walking to work.  Set myself a challenge to do 10,000 steps a day.

[10:10] Paul- Tell us more about this experiment to live you life without alcohol.

Dawn- The plan was to give up alcohol for a year.  I was struck down with flu, and I gave up alcohol then, instead of waiting until the New Year.  I decided to write down my journey, and document it on my blog.  It’s been filled with positivity.

Dawn- Yeah, definitely.  I don’t think I realized how unhappy I was drinking.  I was more of a binge drinker than a drink everyday, drink in the morning type person.  My weekend would be properly drinking from Friday through Sunday.  Drinking copious amounts of alcohol to the point that I was sick the next day.  I don’t see that as a sacrifice, giving that up that kind of mentality, since it was so much binging and purging.

[14:53] Paul- When did you first realize that perhaps that you wanted to quit drinking?  Was it something that happened?

Dawn- I was conscience that I was drinking too much in one sitting, not remembering how I got home, kind of dangerous drinking really.  If I drove somewhere I would have nothing, instead of a single glass of wine.  Because if I had one, it wouldn’t stay at one.  Once I started, it was difficult to stop.

[18:06] Paul- Can you tell me about a time when you started drinking and you found the “off switch” a little difficult to find?  Was that progressive for you?  Did it become harder and harder to stop?

Dawn- Yeah, I was born without an “off switch”.  The first time I really remember getting drunk I was probably about 15 or 16.  Early twenties living with friends, drinking was a massive part of our lives together.  The men that I met were a massive part of that as well.  It didn’t spiral rapidly.

Dawn- It’s a matter of changing everything.  I thought life would carry on the same.  Everything has changed.  I write a post for my blog at least once a week.  Trying to keep other people encouraged to carry on.  I used to always have a special drink as a reward for hard work.  I no longer do that.  I have a drink when I am thirsty.

[26:31] Paul- There’s a quote in recovery- You don’t have to change much, you just gotta change everything.  Is that how it went down for you?

Dawn- I still struggle with the social side of things.  I was the party animal.  It’s difficult to go from that to- it’s dark and I’ve got to get home.  I find it hard to socialize without alcohol.  I’m not good with big crowds.  I’ve come to terms that I won’t be that person again.

[28:40] Paul- What have you learned most about yourself in these past 6 months of sobriety?

Dawn- I’ve never really believed in loving yourself.  Now I keep saying to people you have to love yourself.  I haven’t loved myself for 40 years.  I realized I’m not the person I thought I was.  In my previous job I wasn’t really helping people and I didn’t think I could. It’s being confident in myself, rather than what other people think.

[31:31] Paul-  How do you feel about alcohol being an addictive substance, and perhaps there is no void?

Dawn- For me, the feeling is what was addictive.  I was the crier.  Alcohol gave me an emotional release.  For me it gave me an emotional release, woe is me!  For a window of 15 minutes I would feel amazing, then I would go over the top.  Then you’re miserable.  I think really it was the way it made me feel for 15 minutes before the crying would start.

Dawn- I’ve always wanted to go to Thailand.  Stop waiting around for something to happen.  I was too tired, and lazy, and in bed.  Now I’m full of energy, and I’m going to make it happen on my own in January. Counting Your Days of Sobriety

Do you keep count of your days of sobriety?  Do you keep track of how many days you have away from alcohol?  📆  Should you?  People fall into one of two different camps when it comes to that question.     One camp says yes…keeping track and counting your... 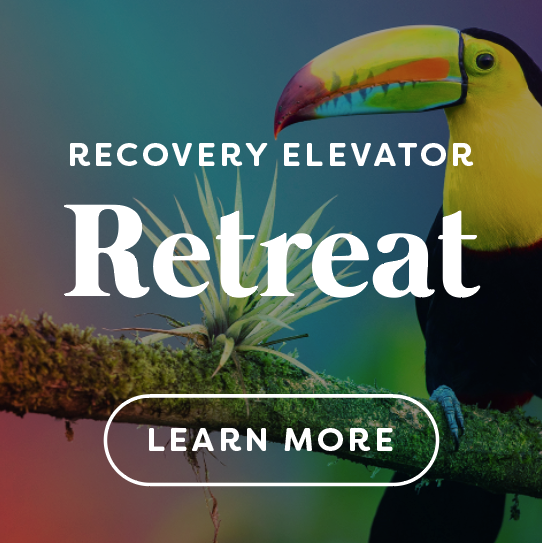